Adhar Card was an initiative launched by the government of India in January 2009. The Aadhaar card can be used as an Identity proof and it provides better security since the data is centralized. With help of Aadhaar, the delivery of government services has also improved and it helped the government in creating a centralize database.

While applying for aadhar card, if you have mistakenly provided wrong or incorrect information can be corrected later via online aadhar update services.

At present, the Aadhaar card is used to deliver various benefits to the people. Here is a list of some of the benefits the can be availed by the use of Aadhaar card. 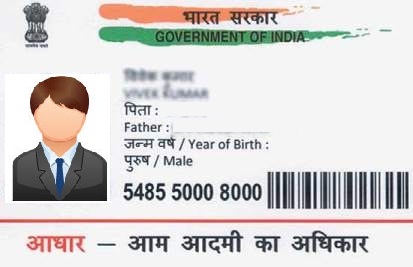 How to correct or update Aadhaar details online?

The Aadhaar database is the largest database of Indian residents. So mistakes are prone to happen. You can always get the mistakes corrected by either offline method or online method.

How to do Aadhaar Card Correction through offline mediums?

All these details would be updated manually and you can send this information to the UIDAI via post. Download the form from the website and fill in the details as required and attest and attach the documents and send on either of the addresses mentioned below:

You can even visit the nearest Aadhaar Enrollment center and attest your relevant documents along with identity proofs to update the information. For ID proofs you can use PAN card, Driving License, Bank Passbook, Voter ID card, Passport, and Election card etc.

How to do Aadhaar Card Correction through Online mediums?

As per UIDAI, there are two methods of updating Aadhaar Card information online. To update the misprint or wrong information follow the steps below:

About Aadhaar: The Aadhaar card has biometric data seeded in the database and it is known to be one of world’s largest biometric database. Until now, 1.127 Billion Aadhaar numbers have been issued by the agency. It is also important to understand that the Aadhaar is not a proof of citizenship.

For any other help, it is best to contact the customer service on 1947. It is in the best interest to have an Aadhaar to avail all the benefit given by the government. In case you do not have an Aadhaar, it is time to go ahead and get one.